Calabria and its places not to be missed: Costa Viola – Costa dei Saraceni – Costa degli Aranci – Between the Costa Viola with the famous Riace Bronzes, the most beautiful kilometer in Italy as defined by D’Annunzio, and the fishermen district of Chianalea. Rossano – Corigliano steeped in Byzantine and medieval culture. And again, the Costa dei Saraceni with the Aragonese fortress, the pride of the Ionian coast, which like the precious stone set in a ring, shines in the eyes of those who are in love with it. Unmissable Tropea, suggestive pearl in the Mediterranean, emblem of the Costa degli Dei. On the other hand, you can eat on the Costa degli Aranci, where the sun shines high and heats even in winter. The table, the smells, the perfumes, will act as a visiting card for a land that will warm your heart!

DAY 1: LAMEZIA – AMANTEA – BELMONTE CALABRO (CS)
Arrival  at Lamezia Terme International Airport. Transfer by private GT bus to Hotel in the Amantea area. In the afternoon visit to the village of Belmonte Calabro. The village, located about four kilometers inland in a panoramic position on a hill overlooking a vast stretch of the Tyrrhenian Sea, was founded by the Angevins in the second half of the thirteenth century. The fiefdom was ruled by the Cossa, from Tarsia, by the Ravaschieri, by the Pinelli and finally by the Pignatelli. In 1619 the title of Prince of Belmonte was created, only suppressed by the republican constitution of 1948. Return to the hotel. Dinner and overnight.

DAY 2: REGGIO CALABRIA – SCILLA (RC)
Breakfast. Departure for Reggio Calabria, Greek colony of Calcidese origin, seat of the important National Museum of Magna Greacia, enriched in the eighties by the presence of the two masterpieces of Greek bronzes, better known as the Warriors of Riace, visit of the Museum that preserves inside the famous Riace bronzes. Very famous area for the production of Bergamot, a particular citrus that historically grows only in this strip of Calabrian land. We will visit the Bergamot Museum to witness an exhibition of instruments that tell more than three hundred years of culture, history and traditions on citrus and its use. In addition to tracing a true excursus on the bergamot, the Museum shows a true review of industrial archeology with extraction machines dating back to the beginning of the eighteenth century, the first steam-powered of the nineteenth century and those that apply electric motors in the early twentieth century , then arriving at the depicted industry of the sixties and its economic boom. Walk by bus to the seafront defined by Gabriele D’Annunzio “the most beautiful Km of Italy”. At the end transfer to Scilla. Lunch in a restaurant. Visit of the fishermen district of Chianalea, an ancient fishing village. Along the way back short stop at the panoramic terrace of Monte S. Elia where you can admire a magnificent landscape of cliffs overlooking the sea. I’m going back to the hotel. Dinner and overnight.

DAY 3: STILO – CAULONIA – GERACE (RC)
Breakfast at the hotel and departure for Stilo, visit of the ancient and characteristic village of Cattolica: the most famous Byzantine church of Calabria. Continue to Caulonia with a visit to the upper part of the medieval village. Lunch in a restaurant during the excursion. In the afternoon you reach Gerace, a medieval village in the province of Reggio Calabria, one of the “most beautiful villages in Italy”, located in a panoramic position towards the Riviera dei Gelsomini, Ionian Sea. Panoramic tour of the village with a characteristic tourist train. I’m going back to the hotel. Dinner and overnight.

4: TROPEA – PIZZO CALABRO (VV)
Breakfast at the hotel and departure early in the morning to Tropea, the emblem of the Costa degli Dei. First stop the Sanctuary of S. Maria dell’Isola is the symbol of Tropea. A Benedictine monastery of medieval origin, built on the tip of a rock connected to the mainland by a strip of sand. To get there, go down the steps near Piazza Cannone. Once you arrive on and have visited the church, we will admire the gardens overlooking the sea. Departure for Pizzo. Not to be missed for the visit of ancient Pizzo Nepitium: the church of Piedigrotta, the historic center, the Duomo, Murat Castle and tasting of the famous “Tartufo di Pizzo” ice cream. Lunch during the excursion. Return to hotel, dinner and overnight.

DAY 5 : THE SILA, LORICA  AND ARVO LAKE  – SAN GIOVANNI IN FIORE (CS)– CROTONE
Breakfast, check-out and departure for Lorica. Naturalistic excursion through the Sila woods and visit to the Arvo Lake. Lunch in a restaurant based on typical products. In the early afternoon, continue to the historic center of San Giovanni in Fiore. The town is linked to the figure of Abbot Gioacchino da Fiore, an exegete monk from the 12th century who founded the monastery of San Giovanni in Fiore and the Florense Congregation here. In fact, the town took its name from the patron saint of the monastery. It will therefore be visited in particular the Florense Abbey, dating back to the XIII century, around which the first inhabited nucleus arose and we will discover together the artisan shops. Transfer to Hotel 4 *. Settlement in pre-arranged rooms, dinner and overnight stay.

DAY 6: CROTONE – WINE CELLAR – CAPO COLONNA (KR)
Breakfast. Departure for Crotone, one of the most ancient and important Dorian colonies of Magna Graecia, home of the renowned medical school of yesteryear, home to famous Olympic athletes and the most fascinating women in the Hellenic world. Cultural center of great prestige, held by the Pythagorean syndicates and by mathematicians and famous physicists. Rich of archaeological, historical and artistic testimonies of every age. Visit of the historical center, of the archaeological museum. Visit a renowned wine cellar with on-site lunch and wine tasting. In the afternoon excursion to the site of Capo Colonna fascinating and full of mysteries, destination of ancient and modern pilgrimages, donated according to the most archaic tradition, from Thetide, the goddess of the sea, after the death of her son Achille, to Hera, deity the promontory was dedicated and that gave the name of Lacinia, from the name of the brigand killed by Herakles during the stay of the hero in the territory. Visit the archaeological area. Last stop of our tour but certainly not for importance and charm is the Aragonese Fortress, one of the most fascinating castles of Italy, thanks to its particular location that sees him triumph on an island linked to the coast only by a thin tongue of land . The fortress built in the fifteenth century never hosted the nobility of the place, but served as a shelter for soldiers committed against attacks by invaders from the sea. The current stronghold rests on foundations dating back to the Magno-Greek period (400 a.c.), used over time also by the Romans was the retreat of Hannibal. Even today it is possible almost entirely restored, it is characterized by some rooms (the video room, the photo room and the “Sala Phrurion”); an ancient village with the remains of a small church and a chapel; the panoramic ramparts; the tower, dating back to the 13th century, highest point of the fortress. Return to the hotel for dinner and overnight.

DAY 7: ROSSANO – CORIGLIANO (CS)
Breakfast and departure to Rossano, the Byzantine. Visit to the unique Liquorice Museum with tasting. Continuation to the center and visit to the church of S. Bernardino, fifteenth-century reconstruction of a temple of the fourteenth century, to the Cathedral inserted in an urban system of the Middle Ages, rebuilt in 1330 by Robert d’Angiò, who exhibits the image of the Madonna Acherotipa that is not painted by a human hand; the basilica of Panaghia within which is a Byzantine fresco depicting St. John Chrysostom; to the church of S. Marco Evangelista which structurally recalls the Cattolica di Stilo. Visit the Diocesan Museum of Sacred Art where there is the ancient evangelist “The purple code”.
Lunch break at a local farm. Continue to Corigliano, leaning on steps on the hill, with a beautiful view of the sea. At the top is the well-kept castle of the Compagna of the century. XV with four crenellated towers and drawbridge. In the middle an ancient double-arched viaduct connects the two parts of the picturesque town. Return to hotel, dinner and overnight.

Gerace is an Italian town of 2 600 inhabitants of the metropolitan city of Reggio Calabria, in Calabria. In 2015 he conquers the 7th place among the 20 most beautiful villages in Italy. [2] The town, which still retains a medieval setting and charm, is located within the Aspromonte National Park. The urban center, in Read more

San Giovanni in Fiore , is an Italian town of 17,505 inhabitants [4] of the province of Cosenza in Calabria. It is the oldest, largest and most populated inhabited center of the Sila [7] [8], located a few kilometers from the Alta Val di Neto and the Montenero mountain area, as well as the most Read more

Belmonte Calabro, is an Italian town of 1,986 inhabitants, in the province of Cosenza, in Calabria. The village, four kilometers inland in a panoramic position on a hill overlooking a vast stretch of the Tyrrhenian Sea, was founded by the Angevins in the second half of the thirteenth century. The fiefdom was ruled by the Read more 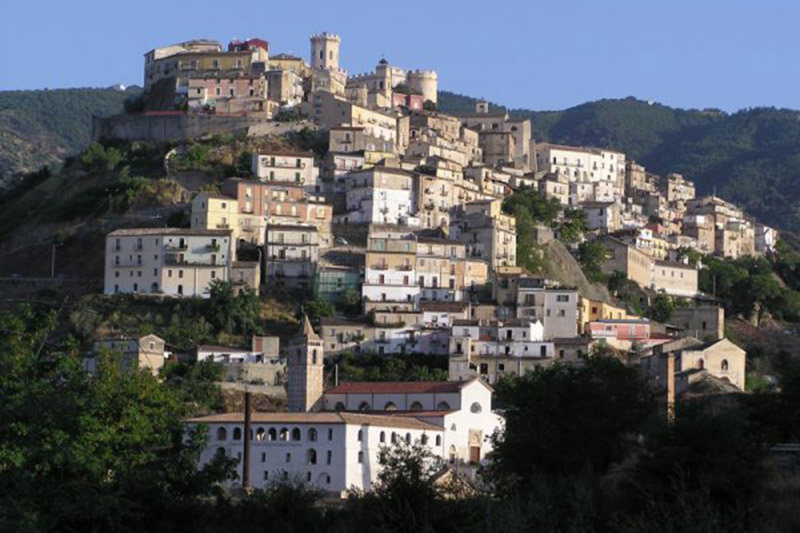 Pizzo Pizzo Calabro (also known as Pizzo, U Pìzzu in Calabrian) is an Italian town of 9 263 inhabitants in the province of Vibo Valentia in Calabria. It is renowned for the production of ice cream known as “truffle” and for the quality of ice cream in general, so much so that Pizzo is defined Read more

Scilla (formerly U Scigghiju in the Calabrian variant of the Sicilian) is an Italian town of 4 964 inhabitants of the metropolitan city of Reggio Calabria in Calabria. It is a renowned tourist resort located on a promontory at the northern entrance of the Strait of Messina. According to Greek mythology, Scilla was a sea Read more 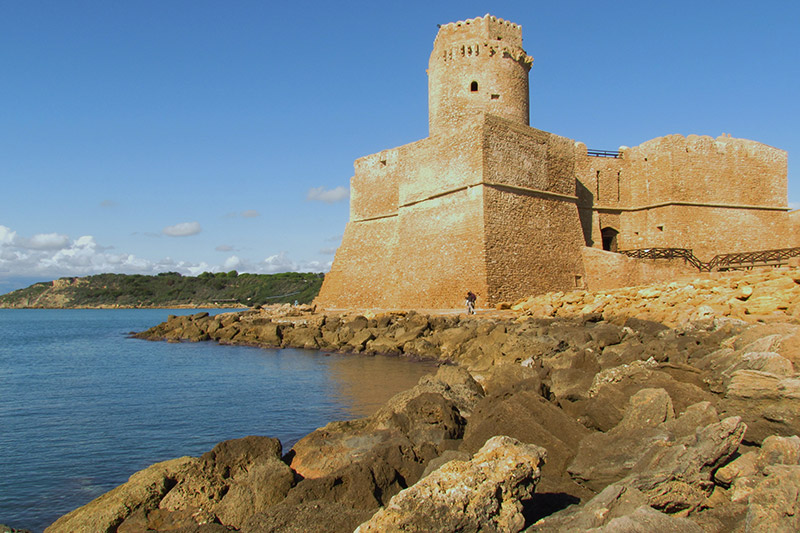 Isola di Capo Rizzuto is an excellent destination for tourist holidays, considering the constant presence of the sea. Located in the region of Calabria, in the province of Crotone, the island is part of Southern Italy. Originally, the island’s name was Asila, but it was modified in 1863 using the name of a promontory located Read more

The city was founded by Greek colonists from the region of Achaia in the second half of the eighth century BC in the place of a pre-existing indigenous settlement, and represented one of the most important centers of Magna Graecia. The old city develops in a maze of narrow alleys and squares up to the Read more 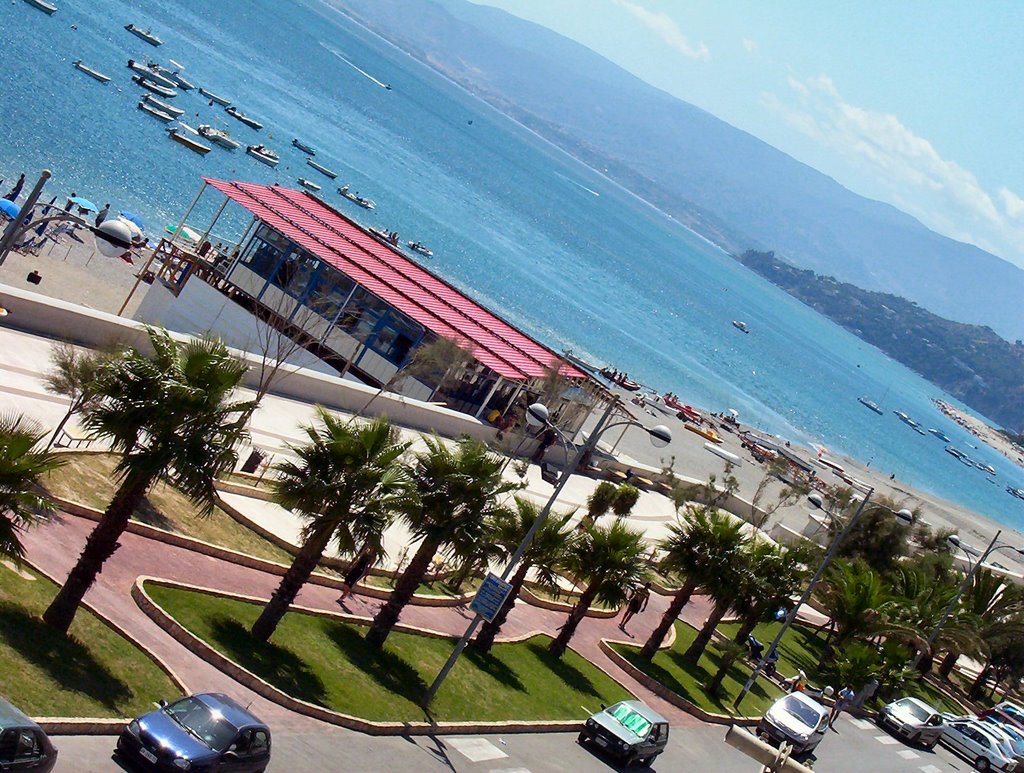 Known in the past as Calabria Ulteriore Prima, the Province of Reggio Calabria has the highest population density in the Region. It is located in the heart of the Mediterranean Sea, between the seaside and the mountains of a land rich in flavors and colors. On the west it overlooks the Tyrrhenian Sea, in the Read more

Tropea Tropea (Tropaea in Latin and Τράπεια in ancient Greek, “Trupìa” in Calabrian) is a Calabrian town of ancient origins of 6 328 inhabitants of the province of Vibo Valentia. The historic center Its morphology is particularly important for its family and its style and its artistic ability and their life story and their life Read more